71 National best nominations were sent to UIA, there were 27 entries in institutions category, 17 entries in school category, 15 in Written Media category and 12 in Audio and visual category.

The International Jury met virtually on March 26th, April 16th & 17th 2021 to evaluate the best national nominated entries and select one in each category for an Award. The jury also selected five additional entries for Special Mention.

The Jury was impressed by the range of projects and products presented and the great work done by individuals and by organisations of all sizes from all over the World.

The International Jury has selected the following winners and special mentions:

Entrant N°23 Sweden “An Expanding City”. Institution: Järfälla municipality/Järfälla culture.
Jury’s comment: “An ambitious project connecting schoolchildren, architects, planners, and the municipality in a fast-growing suburban area. Through interactive and practical activities, children get the opportunity to understand and participate in the urban development of their city. With the help of the municipality, the project is implemented in both school and leisure time.”

Entrant N°31 Egypt “Interactive School”. School: Benaa-Habitat Community School.
Jury’s comment: “A reality-based project. It relies on the participation of the school community. It lifts the children’s environment in poor and vulnerable areas, addressing especially the dropout from education. Children participate in the refurbishment of their own school, using available and recycled material, and thus feel that they really belong to their school, and the school belongs to them”.

Special Mention:  Entrant N°40  Peru ” Comunidad Flotante / Floating Community”. School Colegio Áleph.
Jury’s comment: “An enjoyable project-based-learning approach. The project is holistic, based on the development of several technical and theoretical aspects, as well as creativity and understanding of architecture as a multi-dimensional discipline”.

Entrant N° 51 Hungary “Urbanity” game. Institution: KultúrAktív Egyesület in Budapest.
Jury’s comment: “A large-scale game based on engaging group activities. Created primarily for teenagers, it is a dialogue-based street board game on urban phenomena. The game is very flexible, addressing various urban questions, in order to increase awareness of the complexity of town planning, architecture and civic culture”.

Special Mention:  Entrant N°47 Egypt “An Architect’s Monopoly”. Institution: Hand Over Projects
Jury’s comment: “A strategic board game which presents an innovative way of introducing multiple architectural aspects including the UN17 Sustainable Development Goals to children. The game also emphasizes the importance of the built heritage”.

Entrant N°61 Denmark “The Sound of My City”. Institution: Frederiksberg Library, ATT. Astrid Myrup
Jury’s comment: “An original and inspiring installation to introduce children to architecture and the city, focusing on the experience of sound in relation to space and built environments. The project interacts with the local context of outdoor and indoor spaces to explore places, identities and soundscapes”. 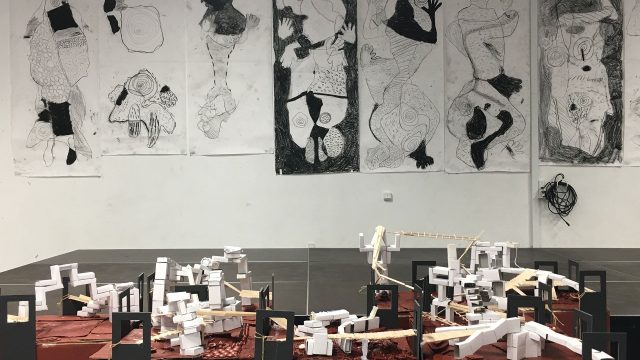